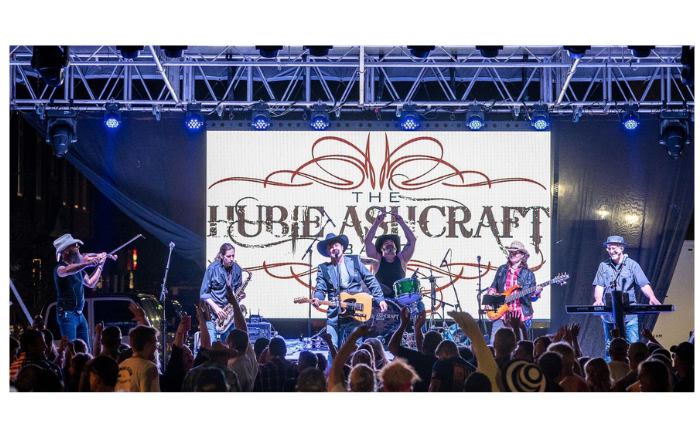 “A Nashville Night” In Shipshewana

Hubie Ashcraft of Fort Wayne, IN is a Singer/Songwriter/Guitarist/Entertainer. Ashcraft is widely known for playing energetic live shows that include elements of Rock, Americana, and Country all infused with pop sensibilities, authentic lyrics, and soul. In addition to playing electric guitar, Ashcraft also has two years of classical guitar training.

Ashcraft started playing guitar when he was twelve years old, but it wasn’t until he saw Bruce Springsteen perform live in Indianapolis, IN when he was fifteen that he knew he wanted to make music his career. Ashcraft has also been influenced by other music artists such as: Merle Haggard, Vince Gill, Van Morrison, Tom Petty, John Mellencamp and Willie Nelson.

When he’s not on stage with his group ‘The Hubie Ashcraft Band’, Ashcraft performs intimate acoustic shows where he has had the honor of working alongside other talented singers, songwriters, and musicians including: Sunny Taylor, Megan Mullins, Garry Jones, Derek Reeves, and Travis Gow. Ashcraft has received accolades for his work and contributions with former groups: Twelve and Two, Still Groove, Shakin’ Bake, Hubie Ashcraft and the Drive, and Allan & Ashcraft.

Ashcraft is an ambitious young artist with talent beyond his years that you have to see and hear to believe. You will find his music is performed with such energy and open hearted spirit that it creates an amazing chemistry between him and his audience. Passion and integrity rank at the top of the list for this versatile performer.