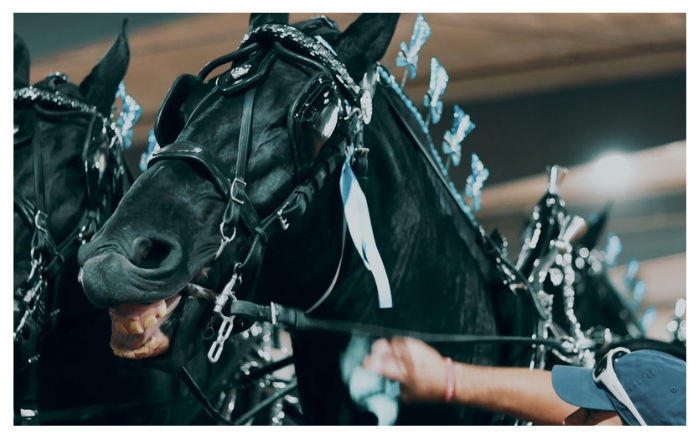 The Six-Horse Hitch Classic Series World Finals has become the most prestigious draft horse event on the Continent.  Thousands of spectators have cheered on the tremendous Draft Horse hitches at venues such as the Calgary Stampede, Big Sky Draft Horse Expo, Ohio State Fair, Essa National Draft Horse Show in Thornton, Ontario plus many more.

Six gleaming one-ton horses create a spectacle as they stomp into the arena as one unit, outfitted in patent leather and chrome harness pulling the historically restored freight wagons. The top pointed stallion, gelding and two mares from each breed will be invited to participate.