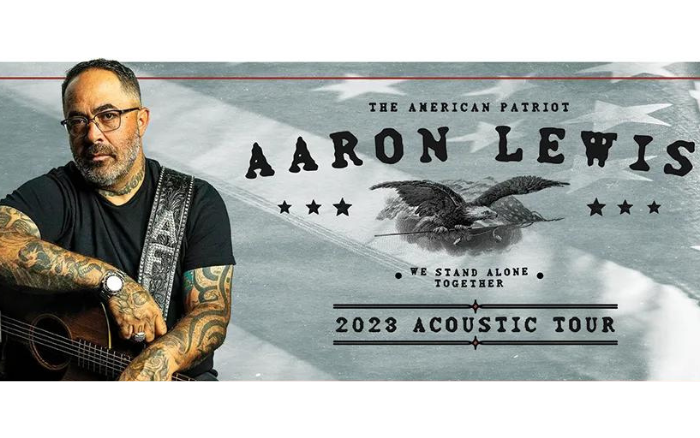 Aaron Lewis grew up in Springfield, Vermont, listening to his grandparents’ country 8-tracks. Those roots inspired the multi-platinum Staind founder to return to his origins for the #1 Billboard Country Album debut Town Line and Sinner, as well as Billboard’s #1 Hot Country Song debut “Am I The Only One,” only the 9th time since 1958.

Having recorded with George Jones, Willie Nelson, Charlie Daniels, Alison Krauss and Vince Gill, Lewis has put a traditionalist brand on his outlier country. His latest album, Frayed At Both Ends, offers the hard touring/15-million selling workingman’s country star at his most personal and unplugged – making for an intimate record that reflects his 2023 acoustic tour.