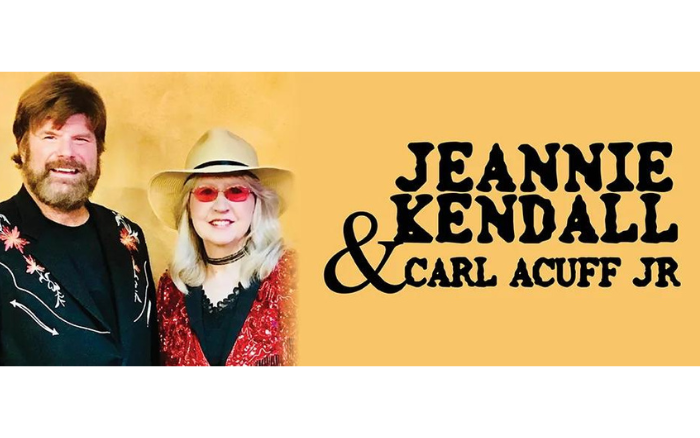 The Grammy Award winning Country Duo The Kendalls are a Country Music staple. The group topped the Charts for 4 decades with multiple top 40 hits and 3 #1 Billboard singles: “Heaven’s Just a Sin Away”, “Thank God For the Radio”, and “Sweet Desire”. Royce and Jeannie Kendall sang together until Royce passed in 1998. Jeannie then pursued a solo career until 2013 when she teamed up with Ozarks Entertainer of the Year and Male Vocalist of the Year Carl Acuff Jr. to recreate that unique Kendall’s sound that has become such an American institution. In 2020 Jeannie and Carl recorded the first new album for the Kendalls since Royce’s passing. With stellar writers and musicians, the new album has received great reviews! The Kendalls have released 2 singles from the album “You Got Me” (the title cut), and their latest release is a tune written by Jerry Gillespie and Dan Willis called “Island in the Kitchen”. The live show features Jeannie and Carl on a variety of music, comedy, and great audience participation. It’s a night sure to be remembered!