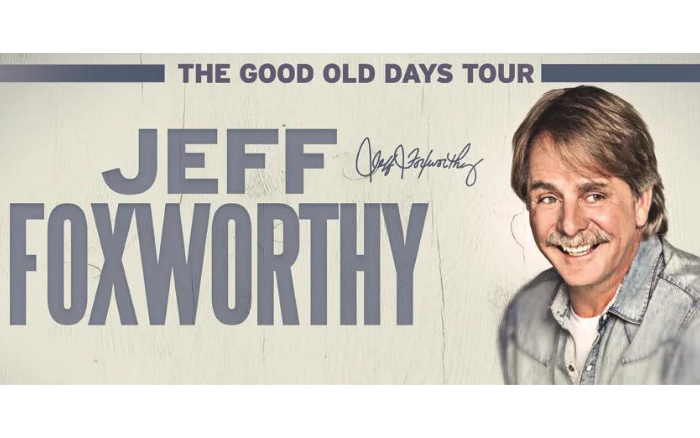 Jeff Foxworthy is one of the most respected and successful comedians in the country. He is the largest selling comedy-recording artist in history, a multiple Grammy Award nominee and best selling author of more than 26 books. In 2014, he was inducted into the Georgia Music Hall of Fame. Widely known for his redneck jokes, his act goes well beyond that to explore the humor in everyday family interactions and human nature, a style that has been compared to Mark Twain’s.

Jeff has voiced numerous characters in different animated films, including Handy Smurf in The Smurfs and Smurfs 2. He was the voice of Reggie the Rooster in the Warner Bros. film Racing Stripes, Lyle in the Disney movie Fox and The Hound II, Lindberg in the Aviators, and Charlie Horse in Hatched.

Jeff also has an HBO special and two Showtime specials to his credit. With critical acclaim and rave reviews from the first special, Jeff landed his second Showtime special, which earned a Cable ACE Award nomination. Jeff has also been bestowed with a People’s Choice Award as “Favorite Male Newcomer” for The Jeff Foxworthy Show.

Jeff started his own outdoor company, Foxworthy Outdoors, which has a line products related to outdoor living. He has a line of You Might Be A Redneck If… calendars through Andrews McMeel Publishing, which has sold millions of copies.