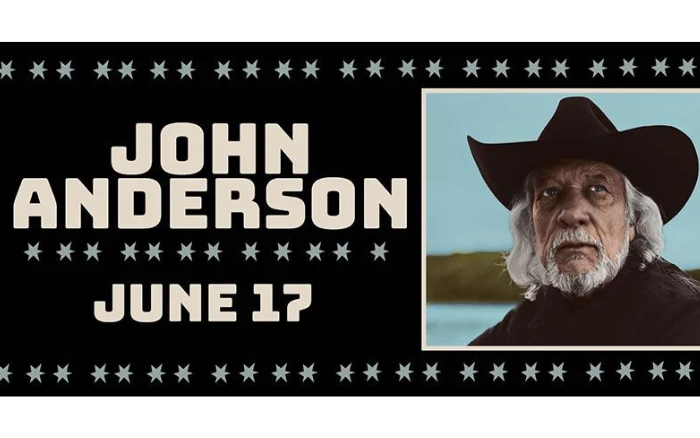 Listening to Anderson’s vocals on Years, it would be impossible to guess that anything was amiss. Delivered in that distinctive, rich baritone, “Celebrate” provides a perspective of gratitude while “Slow Down,” “All We’re Really Looking For” and “You’re Nearly Nothin'” are some of the most eloquent love songs he’s ever recorded. Meanwhile, “I’m Still Hangin’ On” conveys the realities of a soldier living with PTSD, while “Tuesday I’ll Be Gone” – a breezy duet with good friend Blake Shelton – captures the joy of just getting away from it all. The rambling vibe of “Wild and Free” and irresistible rhythm of “What’s a Man Got to Do” feel like they’ve been in Anderson’s repertoire all along. Beyond Years, the sessions also yielded a rewarding new friendship between the artist and producer.  John Anderson pushed himself to complete his vocals for Years, telling producer Dan Auerbach, “Let’s get everything because I might not wake up.” It’s not an overstatement.

In a risky procedure a few months earlier, when anesthesia was used, Anderson was told by doctors that he’d died on the operating room table. His wife told him that it had happened three times. That knowledge weighed heavily on the legendary country singer while writing and recording Years because he knew that his next appointment – just a few days after the sessions – would require the same anesthesia.

Remarkably, Anderson kept his health crisis a secret from his touring band and the music industry, and even now he prefers not to get into all of the details. However, his recovery has become his testimony.

“John will sing it as many times as you want. He wants it to be great, but the thing is, once he starts singing, it’s almost right there, right from the first lick,” Auerbach says. “I feel incredibly lucky that I even had the opportunity to make a record with John Anderson, let alone have all this meaning to it.”

Anderson adds, “We went in the studio, and I remember saying, ‘I’m going to do this like it might be my last.’ It still could be, but now the chances of that are getting slimmer and slimmer every day. I’m doing better so I’m not hardly thinking that way anymore. That’s a blessing, too.”