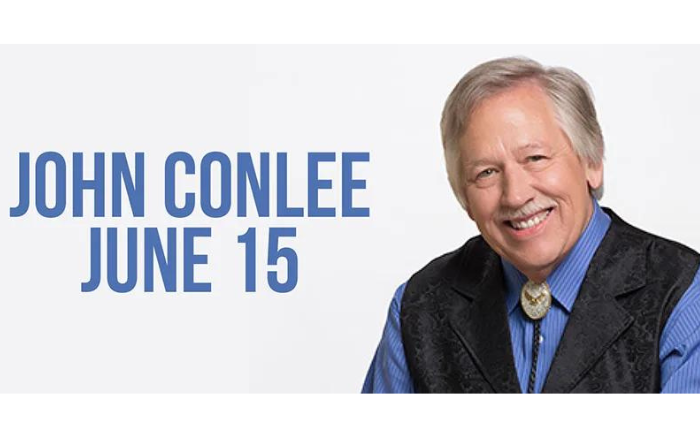 John Conlee’s hits have rarely been songs that see life through the hard-fact-hiding “Rose Colored Glasses” described in his first smash record of 1978. Through all the years since, his emphasis has been on songs of the lives of everyday people – middle class, hardworking people, and those who’ve been unable to attain even that level of economic ease. He made a fresh hit again of “Busted,” when country fans might have thought Ray Charles and Johnny Cash had enjoyed the last word on that one. He had us nodding in agreement to the tough realities of “Nothing Behind You, Nothing in Sight.”
No-nonsense John grew up on a 250-acre Kentucky farm where he raised hogs, cultivated tobacco with mules, and mowed pastures. He also worked as a funeral home attendant and mortician, and as a pop music disc jockey in Nashville before settling into a career in country music during the mid-1970s. It’s typical of John that he used the returns from that long string of No. 1 hits (four in 1983 and 1984 alone) to get back to farm life himself.  “I spend all of my off-time, what I have of it, with my family on our farm,” John explains. “I enjoy it. There’s no glamour to it. Woodworking, gunsmithing or driving a tractor requires getting grease or varnish all over you. It’s dirty work, but I like it.” John joined the Grand Ole Opry cast in 1981.