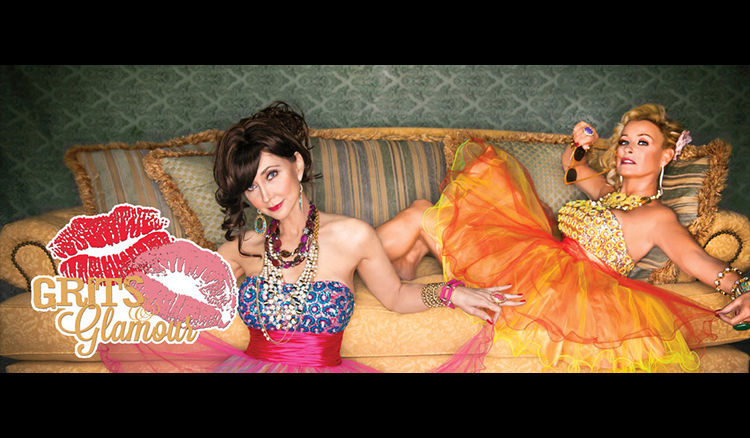 Pam Tillis and Lorrie Morgan are currently delighting old and new fans across North America on their highly successful Grits and Glamour Tour. From the road to the red carpet, on center stage in the theater or under the spotlight in a honkytonk, these two women are comfortable in their high heels. Veteran recording artists and performers, they grace the country format with style, flair, and undeniable talent that is captivating and timeless.

“Although we’ve practically grown up together, running in the same circles and backstage at the Opry as children, it truly is a newfound friendship,” said Pam Tillis.

“We’ve known one another for years but over the last few years we’ve grown from ‘someone you know’ to having a real ‘got your back’ kind of friendship,” agreed Lorrie Morgan.

Their career highlights are numerous and varied. Combined, they have recorded 28 top 10 hits, more than 18 million records sold, and 12 number one songs. There have been Grammys, CMA Awards, movie credits, television appearances, and Broadway performances. They have rocked arenas, helmed world-class symphonies, and toured on almost every continent. These 50-somethings are more than a little flattered that they can still sell out shows, turn heads, and make hearts beat fast nearly four decades into their careers. It’s almost unnecessary to point out how rare it is to have such long-term success in an industry so fickle, but Pam Tillis and Lorrie Morgan haven’t missed a beat. In fact, they both maintain extensive solo touring schedules, enhanced by the buzz that surrounds the Grits and Glamour tour.

“We’ve been called divas a time or two,” laughs Lorrie. “Now, I’m sure they meant it in the best sense of the word,” Pam responds. “As far as being ‘divas’, we share the title and the responsibility!” Striking a more serious note, they both recognize the importance of compromise in this unique and special relationship. They respect one another’s artistry, they respect each other as women, and they respect the fact that they’re carrying on the legacies of their fathers, late Opry star George Morgan and living legend Mel Tillis.

Formed in 2009, the Grits and Glamour tour is a “together is better” event. The show is only loosely scripted. Good-natured ribbing and off-the-cuff remarks are just part of the fun. They add tight harmonies to each other’s material, classic songs like Tillis’ “Maybe It Was Memphis,” and “Mi Vida Loca,” and Morgan’s “Something In Red” and “Except for Monday” as well as new and original music from more recent recordings. The ladies are backed by some of Nashville’s finest musicians and singers. After years of working solo, both artists find teaming up fresh and interesting.

When not touring you are apt to find Pam in her organic vegetable garden and Lorrie tending her roses and overseeing her small menagerie of “critters”. They’re as earthy as they are glamorous. Recently they got together to do some cooking and found they had chosen chicken and dumplins, green beans, and cobbler for their combined menu. True country girls at heart…
Lorrie and Pam both admit they’ve benefitted from the world’s recent fascination with Nashville. Magazines have dubbed their hometown “Nowville” and they’re not letting this frenzy pass them by. Pam can be seen in the new hit television series “Nashville,” and Lorrie recently headlined Gaylord Opryland Hotel’s Christmas show, performing for tens of thousands of people over six weeks. Their most recent solo recordings have been both critically acclaimed and enthusiastically received by fans. In an effort to promote that new music, Pam and Lorrie are avid tweeters, share videos on their YouTube channel, and post candid photos and road musings on their Facebook fan pages.

In a logical progression of their successful touring relationship, Pam and Lorrie have teamed up to record Dos Divas, scheduled for a mid-summer 2013 release. The project features solo performances by Morgan and Tillis as well as fun collaborations and poignant duets. Highlights include original material written by Lorrie and Pam as well as songs penned by some of country music’s most talented songwriters. With titles such as “That’s So Cool,” “Bless Their
Hearts,” “I Am a Woman,” “I Know What You Did Last Night,” and “What Was I Thinkin'” (a Tillis/Morgan co-write), the 14-song collection is as diverse as the many moods of both women. It shows their remarkable range, showcasing everything from traditional country to cutting edge contemporary.

​
Grits and Glamour’s Lorrie Morgan and Pam Tillis sparkle and shine with a down home rootsy nature that hopefully inspires others to embrace the Grits and Glamour of their own lives.