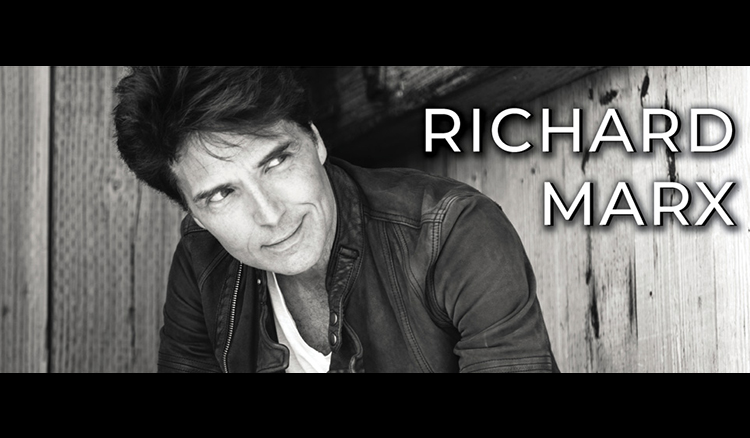 Richard Marx’s soon-to-be-released memoir, “Stories To Tell,” begins a few months before the coronavirus pandemic; then transports us back to 1968 when he was five years old; takes us on an exciting, insightful, heartbreaking and hilarious journey through his life and career, and culminates a few months after the pandemic lockdown of 2020 with him battling a mysterious illness. Richard’s Simon and Schuster-published literary debut is just the latest chapter in a nearly 40 year career that’s seen the Chicago native score an astounding fourteen #1 songs as a songwriter for both himself and other artists, and the distinction of having written a number one song in four different decades.

Richard never considered writing his life story until he began performing solo acoustic shows in theaters beginning in 2010. “When I started playing solo shows, I knew going in that I would only have a piano, a guitar and my voice. I quickly realized I also needed stories,” he says. “I approach my live shows as if I were attending a concert by someone else. If all they’re going to do is ably replicate the music they’ve recorded, I can just stay home and listen to the recordings. I want to be entertained. I want to feel like I’m getting a glimpse into the PERSON I’m watching up there. Over time, my stories and banter with the audiences became crucially important to the point where I now feel that the ‘show’ is what happens in-between the songs. The best compliments I get are from people saying they felt like they hung out with me for two hours.”

Converting these stories, which range from hilarious to frightening to heart-wrenching, to the page was initially a daunting task, but as Richard explains, “As I wrote, my primary goal became a mission to make it feel as conversational as possible. As if I were telling you these stories over a martini somewhere.” From his childhood to his early beginnings as a songwriter and background singer for such luminaries as Lionel Richie, Kenny Rogers and Madonna to his hugely successful career as an artist and performer, Richard takes us on his life’s journey much like a gracious host would entertain his guests at a party.

“Stories To Tell,” along with the book’s soundtrack (which features his many hits as well as demos of his famous songs, covers of songs he contributed to other artists, and an unreleased rock track from the 80s) follows his 2020 hit album “Limitless.” Reaching number two on the iTunes pop album chart, “Limitless” featured the Billboard top 15 single, “Another One Down,’ which was written by Richard and his son, Lucas, who also produced the track.

Richard has sold more than 30 million albums worldwide, starting with his self-titled debut which went to No. 8 on the Billboard Top 200 chart. The album spawned four Top 5 singles, including “Hold on to the Nights” and “Don’t Mean Nothing,” which earned him a Grammy nomination for Best Male Rock Vocal Performance. His follow-up, 1989’s Repeat Offender, was even more successful, hitting No. 1 and going quadruple-platinum with two No. 1 singles, “Satisfied” and “Right Here Waiting.” He has since made history as the only male artist whose first seven singles reached the Top 5 on the Billboard charts.

Richard has also written on a No. 1 single in each of the last four decades, an accolade previously only reached by Michael Jackson. He has written with numerous artists, including “To Where You Are,” the first hit single from Josh Groban’s debut album, and the NSYNC smash, “This I Promise You.” He went on to earn a 2004 Song of the Year Grammy for co-authoring Luther Vandross’ “Dance with My Father.” Overall, he has scored 14 No. 1 singles (including Keith Urban’s No. 1 smash “Long Hot Summer”), both as a performer and as a songwriter/producer, revealing him a true multi-talented performer who continues to challenge himself and his fans.

In addition to being a musician, Richard is a committed philanthropist, supporting charitable causes like the American Cancer Society and the Ronald McDonald House Charities, Mercy For Animals, ASPCA, Humane Society, St. Jude Children’s Research Hospital, and the charity closest to Richard’s heart, the Cystic Fibrosis Foundation, for which his produced events have raised over $4 million for research. The musician has toured extensively for the past three decades, building a strong fanbase all over the world that only continues to grow. The legacy of his career as a songwriter, singer and musician and now author is now well established and Richard is happy to continue on his trajectory, wherever it takes him.

“I have so much gratitude,” he says. “I’m so excited that I’m still doing this and it’s on a level that I’m really proud of. It’s amazing that I can go to these places in the world where they might not be able to pronounce my name properly, but they sing along to all the songs in the show. People come back again and again and I’ve very proud of my live show. I want fans to finish my book just as I want them to feel after seeing me in concert. Like they got to know me.”

Richard lives with his wife, Daisy Fuentes, in Malibu, California.