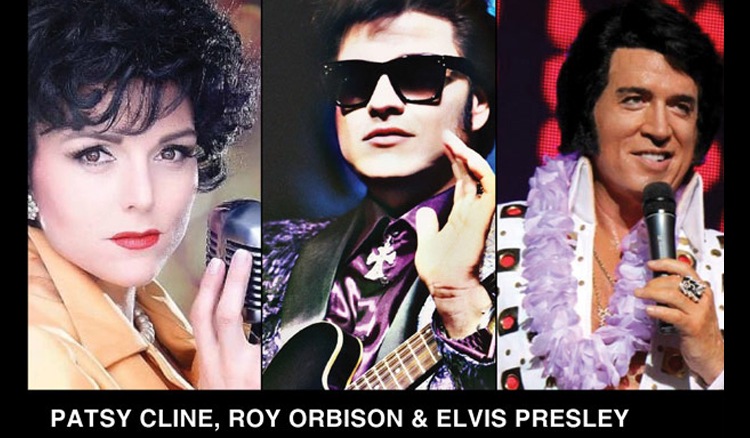 Salute to the Stars: Classic Rewind

And finally, as the King of Rock and Roll, Elvis Presley, is the man known worldwide as the TRUE Voice of Elvis, Doug Church. Doug began his career in the US Air Force, brandishing a guitar and home-made costume, where he began winning talent contests held annually by the Air Force with his amazing rendition of the King of Rock n Roll. He has awed his audiences for years, leaving them totally mesmerized and shaken. They swear that when you close your eyes, Elvis is right there in the room with you. Doug’s voice has been acknowledged as being the closest to “The King’s” by not only his fans and peers but also by those who knew Elvis personally, and is regarded as an Icon in the industry.