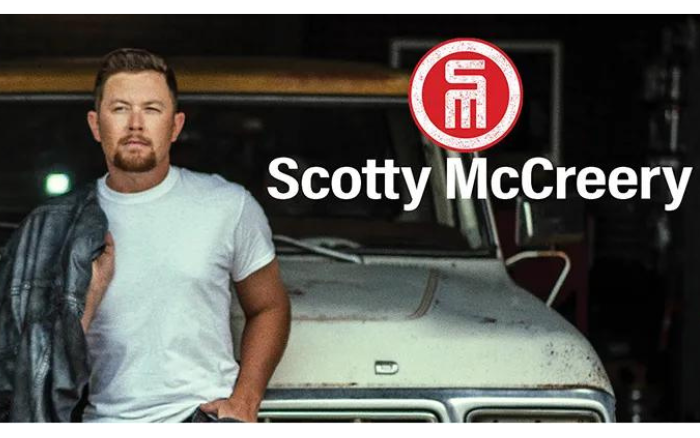 Scotty McCreery burst onto the national music scene in 2011 at age 17, quickly establishing himself as one of country music’s hottest new stars. Now in his early twenties, the talented singer/songwriter has album sales approaching 3 million, and received both Platinum and Gold album certifications, debuted three consecutive albums at No. 1 on a Billboard chart, and achieved one Gold and three Platinum-certified singles as well as two Top Ten hits. McCreery has toured with Brad Paisley and Rascal Flatts, headlined his own tours, earned industry and fan accolades, and was named “Best American Idol” by the readers of The Los Angeles Times and “Country Music’s Sexiest Man” by the readers of NASH Country Weekly Magazine. He has amassed more than three million followers on Facebook and Twitter, and received more than 150 million YouTube views, and with the release of his first book Go Big or Go Home: The Journey Toward the Dream in 2016, he can also add add the title of author to his resume.

His deep voice and irresistible sound create a perfect blend of contemporary and traditional country. With more than 400 live shows under his belt across the U.S., Canada, the Philippines and the Caribbean, McCreery has quickly become a crowd favorite appealing to all ages. His loyal fans – the McCreerians – are among the most dedicated and enthusiastic in the country music world.

After winning Season Ten of “American Idol” and capturing the hearts of millions of television viewers both nationwide and overseas, McCreery released his debut album, which was the best-selling solo album released by a country artist in 2011. Indeed, he became the youngest man and first country music artist in history to have his first album debut atop the all-genre Billboard Top 200 albums chart.

That album, Clear As Day, was certified Platinum for sales of one million units in just thirteen weeks, and the first two singles from that album (“I Love You This Big” and “The Trouble with Girls”) have also since been certified Platinum. He won the New Artist of the Year Award at both the Academy of Country Music (ACM) Awards and the American Country Awards in 2011, and received the CMT Music Award for the USA Weekend Breakthrough Video of the Year for “The Trouble with Girls” in 2012. That same year, his Christmas album, Christmas with Scotty McCreery, was released. It debuted at No. 1 on the Billboard Top Holiday Albums chart and was quickly certified Gold.

In between concert dates, McCreery is writing songs and working on his highly anticipated next album which he hopes to release later this year. The album is being produced by Frank Rogers.