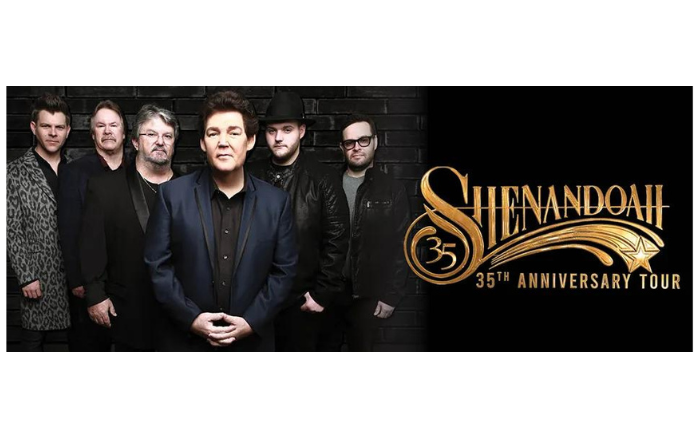 When country music lovers talk about the greatest groups in the genre, Shenandoah is always at the forefront of any discussion. Fueled by Marty Raybon’s distinctive vocals and the band’s skilled musicianship, Shenandoah became well known for delivering such hits as “Two Dozen Roses”, “Church on Cumberland Road” and “Next to You, Next to Me” as well as such achingly beautiful classics as “I Want to be Loved Like That” and the Grammy-winning “Somewhere in the Vicinity of the Heart” duet with Alison Krauss.

Today that legacy continues as original members Raybon and Mike McGuire reunite to launch a new chapter in Shenandoah’s storied career. It all began when the guys got back together to perform a benefit concert for a friend battling cancer. “We saw how folks reacted,” Raybon says of the response to their reunion. “And then Jerry Phillips, son of legendary Sun Records producer Sam Phillips, said “You guys need to make a run at this. People still love what you do. You can tell by the reaction. There’s a lot of excitement in the air.'”