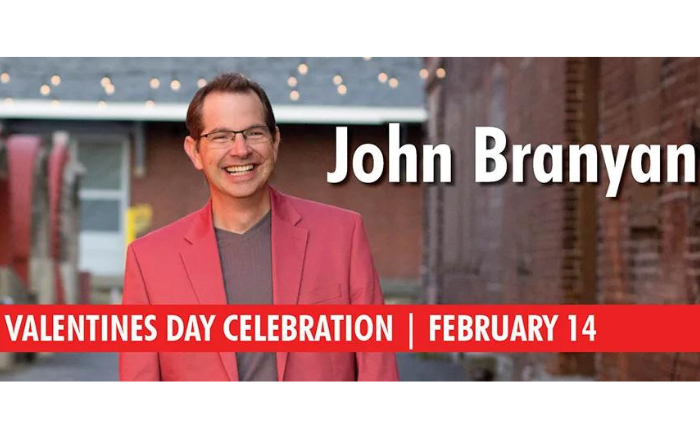 John’s ‘Shakespeare’ version of The Three Little Pigs has been viewed millions of times, and his book “A Triune Tale of Diminutive Swine” is in its 3rd reprinting. John is featured on nine recorded comedy projects with people like Ken Davis, David Jeremiah, Ted Cunningham and Tim Hawkins. John and his wife, Lori, have four children and eight grandchildren (so far).

When John Branyan stepped onto a tiny stage in the early 90’s, he thought his interest in comedy was just a phase; he thought he would get the whole thing out of his system.
But, more than 25 years later, he still loves making people laugh with his style of speaking that won’t leave a filthy residue.
“People didn’t invent laughter,” John says. “It was given to us by someone who knew we’d enjoy it.” He never gets tired of sharing that gift with others. “Every show, my goal is to hurt people. Seriously. I want people’s jaws to ache. I want their sides to cramp up. I want them to experience dizziness from oxygen deprivation. When they are in pain, I’ve done my job.”

When he isn’t speaking or teaching, he’s playing board games with his family.