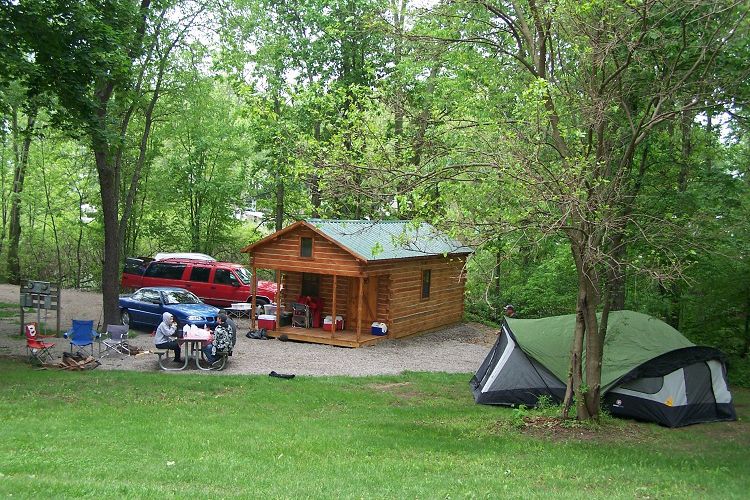 Owners Paul and Margie Gieseking work very hard at keeping Indian Lakes Campground looking nice. They’re very nice people. And Paul tells me the people who camp here are nice – and he wants to keep it that way on both counts.

The sweat equity he’s put into this campground shows. Everything about it is nice. From the new building housing a general store and nicely tiled shower facilities, to a huge community room and a lodge that would rival any state park lodge, nice isn’t a strong enough adjective.

The new building is attached to a covered pool area. “Covered?” you ask. That’s so the Giesekings can control the temperature and campers can swim from April 15-October 15; they don’t have to worry about cooler days or rainy weather.

On warm summer days, Paul can open up the pool’s roof. “Having the amenity and being able to use the amenity are two different things,” explains Paul.

While Indian Lakes Campground hosts weekend campers, both on campsites and in six cabins, Paul explained many campers have seasonal campsites.

“People like the fact that they don’t have to tow a camper and set it up every weekend. Instead, you can just drive here, unload your groceries, and you’re ready to camp.

Other niceties include rowboat and pontoon rentals, golf cart and four-wheel bike rentals, weekend events like chocolate lovers’ weekend or Christmas in July with bingo.

There Are Also Lake Activities

Indian Lakes Campground is situated on Messick Lake, which is connected to four other lakes.

“Indian Lakes,” Paul tells me, “is actually a chain of five lakes with several named after Native American tribes. Over the years, this area has become better known as ‘Dallas Lakes,’ named after the largest of the five lakes.” Dallas Lake derived its name from a local family.
The campground is situated on Messick Lake that doesn’t allow skiing, tubing, or jet skis. If campers want to enjoy those types of activities, they meander through Messick and Hackenburg Lakes until they arrive on Dallas Lake, where they can derive their adrenaline rush.
Within the property itself, Paul has set some fairly high standards for the campsites, and again, it shows. Each site is well maintained, tastefully decorated, and nicely manicured. Sewer lines run underneath the entire fifty acres, allowing for appropriate dispensing of sewage.

One great thing about the Indian Lakes Campground property is the web of trails woven throughout the twenty acres extended on the edge of the campground. Bicycles and golf carts are allowed on the trails; my teenagers would very much enjoy exploring these pathways cut through woods.

This trail is just part of a 20 acre winding trail system that’s a blast to ride on with a golf cart or bike.

As far as I’m concerned, the NICEST thing about Indian Lakes Campground is the safety factor. While no place is insulated from relational dangers these days, Paul has gone several extra miles to ensure his campground can be safe. He checks a government registry for certain situations. Also, if campers become intoxicated or obnoxious, he tells them to leave. And he’s not afraid to call the cops.
Paul is a nice guy. He’s no vigilante. But he wants to protect his campground and camping families. 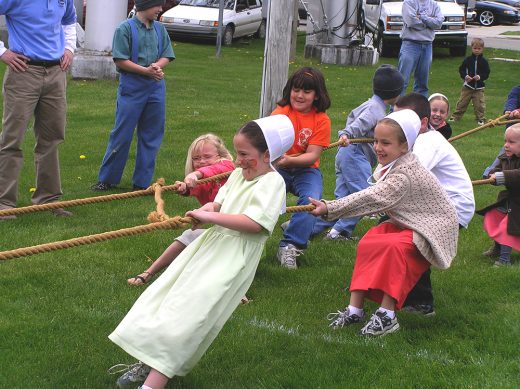